Airlines are becoming smarter at connecting the dots between you, your frequent flyer profile and your online activity – and turning that trail into another source of revenue.

And airlines are beginning to realise not only how much of this data they have at their fingertips but how they can mine that rich data-load in ways you might not expect.

Every interaction which frequent flyers have with an airline today is logged, stored and data-mined as a vital new data point to build a clearer picture of who you are and how the airline can micro-target you with everything from ‘personalised’ fares to double status credits deals.

1. Search for a flight on the Virgin Australia website, and within days, you’ll begin seeing advertisements on other sites you frequently visit. Commonly known as re-targeting, Virgin Australia uses your flight search history combined with local weather information. Is it stormy in Sydney or Melbourne? Here’s a great deal on fares to sunny Queensland!

2. In 2016 Qantas stumped up a multi-million dollar investment in Data Republic, a data exchange platform which allows large organisations to share and exchange data in a secure environment. One example of how this could be used: you call Westpac (also an investor in Data Republic) to cancel a credit card, and the bank knows you are a Qantas Platinum frequent flyer and have a greater affinity to Qantas than to Westpac. Of the many incentives which Westpac might dangle to encourage you to keep your credit card, this tells them that being offered extra Qantas points will have a higher value than waiving the annual fee.

3. Ever wondered why frequent flyer programs offer those attractive bonus point deals or double status credit promotions? Yes, they drive ticket sales… but under the hood, the airline’s business intelligence teams analyse this information to understand which frequent flyers are driven by promotions, and future member-specific marketing material is adjusted accordingly.

4. Most airline loyalty programs run dynamic big data models to accurately predict your response to their marketing promotions. For example: the more you search for an award flight where you can use your frequent flyer points, the more leisure deals you’ll start receiving in your email inbox.

Why? Because award bookings are generally linked to holidays rather than business trips, so your profile will temporarily be given a ‘member is planning a holiday’ tag.

5. Qantas, Emirates, British Airways, Finnair and United Airlines are testing ways to ‘personalise’ ticket prices based on who you are and what fares you’re previously purchased. You could end up seeing the same trip as another frequent flyer but at a different price.

If the airline feels you’re likely to pull the trigger on a great deal, the price could be lower; if you’re a safe bet for premium fares, the fare could be higher.

6. Do you earn frequent flyer points using your credit card? While loyalty programs are forbidden from using this information to target new customers, airlines can reverse-engineer your points balance and combine this with socio-demographic information (such as the home address on your member profile) to predict your income, and in turn how much you might spend on flights.

7. Airlines routinely track your current location through channels such as their own smartphone apps and where you are when you open their emails.

Armed with this information, they can create a ‘virtual world map’ to gain insight on where you live and work alongside your frequently visited destinations around the globe.

This can be used to extract insights such as which competing airlines you’re likely to fly with, allowing for a deeper understanding of what share of wallet the airline has of your business. 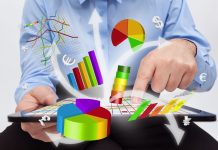 Care and Feeding of Machine Learning in Marketing 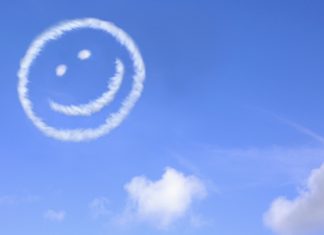 Mark Ross-Smith - February 28, 2021
0
The magic of loyalty is something we've all experienced in our lifetimes, and yet, few of us can articulate that powerful feeling while linking...