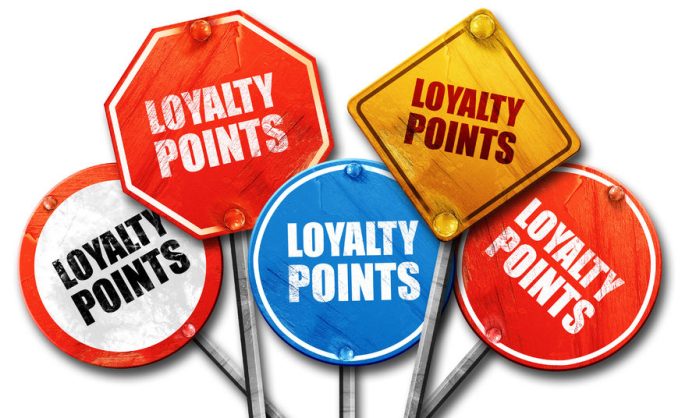 Loyalty program announcements so far this year indicate a major sea change. From the customer perspective, it amounts to a Revolution – where brands are finally giving into what has been a ‘peaceful demonstration’ gaining momentum for several years – namely that it is too difficult to accumulate much value among so many incompatible loyalty point currencies/programs – so consumers quit.  To get customers re-engaged, brands are making it easier to participate in their loyalty programs and are offering enhanced ways to redeem – so customers can make use of even small amounts of points/miles.

Revolutions are typically bad for incumbents, but in the context of loyalty marketing, I would argue that the Revolution for customers is only a natural Evolution for brands.  After all, they don´t have to throw out years of investment in programs, systems, and processes in order to make their loyalty currencies much more valuable to the target audience.

That is good news for everyone because for merchants ´opening-up´ their loyalty ecosystem, they stand to double or triple the customers participating – with only a linear increase in cost.  Stated a different way, ROI from loyalty marketing investments could grow exponentially with a few tweaks that put the customer´s interests first.

The ´point´ is that customers can no longer be expected to participate in dozens of loyalty programs where they end up with a tiny amount of value in each – and no expectation of ever accumulating enough value in any one program to redeem for something of interest.   Brands are now ´getting it´ and what we will see over the coming year is increased momentum in the direction where brands are offering a more universal loyalty currency, multiple loyalty currencies to enable customer choice, or enable their currency to be exchangeable so customers can shift value and realize material benefits – especially from places they shop less frequently.

More useful loyalty currencies are appreciated by more people and will bring the hundreds of millions of people who are rarely active in loyalty programs back into the fold – because they can accumulate more useful value across a much wider spectrum of places they shop.  This means merchants and travel suppliers will be able to capture useful data insights from a much larger set of customers, who again start identifying themselves at the point of sale.

Traditional thinking around loyalty program design produced a world in which the overall success of programs during three decades led to diminishing ROI for nearly everyone – caused by severe program proliferation and resulting in excessive fragmentation.  To overcome this, we will see more loyalty coalitions that enable customers to capture more value across many places they shop – but not coalitions like Aeroplan, AirMiles, Nectar, Plenti, or Payback where the program operator is extracting too much value out of the ecosystem.

Maybe we should call the new model “Loyalty Networks” (rather than coalitions) – where complementary retail and travel partners embrace a common platform (in the cloud) from which they can issue customers a loyalty point currency that delivers maximum value and freedom to the customer in exchange for higher frequency, a larger basket, and better data.

The above discussion is based primarily on the mercenary perspective; in that, customers want to maximize their net gain.  According to research from Maritz, this covers the primary interest of about 2/3rds of participants in North America.  But I think the loyalty pie is about to balloon to a much bigger size for everyone who joins the more open ecosystem.  Every industry over the past 30 years that embraced a reduced number of common standards has grown in size and operating efficiency because they took unnecessary friction out of the market ecosystem.  Examples include WiFi, PDF, Mobile Operating Systems, logistics protocols, manufacturing components, etc.  Loyalty should be no different with fewer currencies, exchangeability (i.e., liquidity), shared technology, removal of unnecessary intermediaries, and overall fewer restrictions that stifle customer engagement.

And, independent of the design of a loyalty points and rewards program, brands need to be un-tethered from existing loyalty platforms that were designed at a time when a Gigabyte of storage cost $10,000 and the loyalty model was based on customers demonstrating their loyalty to a brand in exchange for points.  The world has moved on.  Customers now have a massive choice with a few flicks of their screen.  Most loyalty programs were designed when it was hard to comparison-shop.  Now, offering loyalty points will only influence the purchase decision if the points are perceived as valuable AND the sales price is competitive.

Customers have been figuring out how little most loyalty currencies are worth for several years now (leading to the passive apathy they´ve been demonstrating).  2017 will be the year in which brands must enhance the real value of their currency and align all touchpoints with a broader and compelling loyalty strategy.  If this does not happen, brands will lose market share because customers will increasingly demonstrate a preference to save 5% over earning 1%-2% in loyalty points that are unlikely to be redeemed.

The largest programs in the world probably have sufficient critical mass to survive without much change for a number of years, but the hundreds of thousands of medium and smaller programs need to act fairly quickly to join a data network that collects customer insight based on issuing common or interchangeable loyalty currencies in order to better personalize customer engagement.

Unfortunately, I predict most brands will remain frozen in their current program design – waiting for more (and ever more) evidence that they must evolve.  This will lead to program atrophy – which makes it even harder to change as the program further deteriorates.  What I find most interesting about the announcements so far this year is that the brands that least need to change are the ones leading the charge – and I´m convinced this will differentiate their value proposition even further.

Don´t be fooled.  Issuing a common virtual currency with dozens, hundreds, or thousands of other partners does not limit your ability to run a highly-differentiated loyalty program.  Embracing a more universal loyalty currency or making your currency exchangeable is a huge step in demonstrating you want the customer to benefit from their loyalty.  Every brand can still tailor earning and burning rules to align fully with their broader business objectives, as well as the style and tone of customer engagement through channels of communication which reach a broader audience because of the more liquid loyalty currency.

As evidenced, market dynamics in the loyalty sector are producing a revolution for consumers to obtain greater benefits.  Following customer preferences will be “evolutionary” for proactive brands, but may turn out to be “revolutionary” (in a bad way) for those that resist.