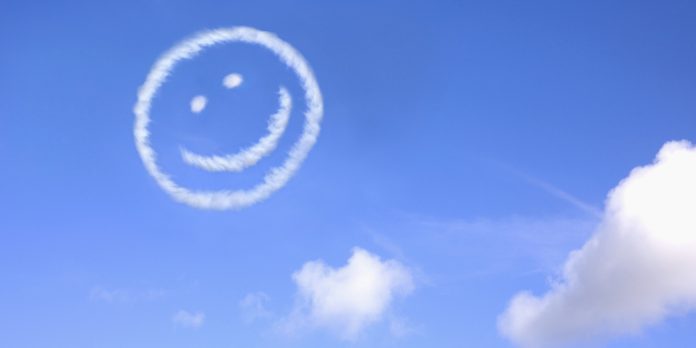 The magic of loyalty is something we’ve all experienced in our lifetimes, and yet, few of us can articulate that powerful feeling while linking it back in a business context.

The magic of loyalty cannot be explained with numbers.

Like falling in love – the magic of loyalty is a moment in time that you won’t know that you have reached until you’re in the moment.

As brief as a lightning bolt – that moment will hit you in an instant and your mind will awaken.

When you feel the instantaneous, magical power of loyalty. You will know it.

The Science of Loyalty

The science of loyalty (also referred to as the business of loyalty) is a straight forward model. There is a set of rules and a commercial structure. There are contracts, financial records, targets and results.

We’ve been taught all our lives to think logically, to follow the formula – focus on the numbers. Deliver results and everyone will get bonuses! Everyone can understand the business of loyalty through numbers.  They’re a reflection of the past used to try and model a prediction to the future.

Great for telling stories of yesterday and keeping the logical side of our minds occupied and the business of loyalty ticking along — but the real power is in the future, what could be. See, the future is yet to be written – it’s unlimited – and that’s where the science of loyalty ends, and the art of loyalty shines.

The Art of Loyalty

The true power of loyalty is customer influence, which is art.

An art that requires a different type of thinking; and for many loyalty professionals – this magic is difficult to explain to stakeholders who are obsessed with numbers and balance sheets. They’re focused on the business of loyalty.

However, the true power of loyalty – the magic of loyalty – is the art of delivering a powerful emotional experience with deliberate intention to influence future outcomes.

Let’s break down how the magic works and why it’s important. The key elements to remember here are:

Bringing it all together

So now you may wonder how The Science of Loyalty and the Art of Loyalty work together. Like the Ying & the Yang, they need each other so that the loyalty program can work.

The science is all about maximizing the resources of the loyalty equation that are controllable.  Science is the cost of running the program, the cost of rewards/points/benefits, the cost of marketing and so on.

That is – how much revenue is attributable directly or indirectly as a result of the existing of the loyalty proposition. This revenue is 100% incremental to the business and is how the loyalty program justifies its existence.

Examples – The Magic in Action

In my years of life experience as a frequent traveller, there are countless situations where I’ve experienced the magic of loyalty. These moments have a common theme of being unexpected, genuine, and a hard-and-fast emotional connection of some description.

Example – The Frequent Flyer: Flying with Qantas from Los Angeles to Auckland many years ago, I was in the first class lounge at LAX with my headphones on and catching up on email. The Qantas representative approaches to get my attention. She calmly says I’m “the only Platinum One member on the flight, and would I like to be first to board the aircraft tonight?” This might not seem like a big deal to most – but it’s something you can’t buy and I’m an airline nerd so that was a clear winner.

Qantas isn’t the first airline I flew on, nor has it been my favourite airline to fly with. But since that moment I’ve spent a lot of money with Qantas, I’ve gone out of my way to fly with them when there were better options and my share-of-wallet to the Qantas brand has remained very high, even when it makes no logical sense to continue supporting them (as I don’t live in a country that Qantas operates within!!!)

Example – The Program Owner: When I ran the Malaysia Airlines Enrich loyalty program – I wanted to bring some of this magic to airline customers. Airports can be dull, sterile places – so why not bring some sparkle to the lives of strangers, right?

For months, I would spend hours in the airport (there is a good reason for this that I will explain one day), looking for opportunities to create special moments for people.

One box of chocolates that I gave to an older gentleman, a doctor, was heading to India. He made the trip from Malaysia to India several times each year to volunteer his time at a clinic he help set up in a rural area. When I introduced myself to this gentleman, handed him the box of chocolates and thanked him for his loyalty to Malaysia Airlines – he looked around and asked where the cameras were. I said no cameras, nobody else is here – just you and me. He shook my hand, got out of his chair, pulled me up while we were still shaking hands and hugged me. He said told me that he’d been loyal to Malaysia Airlines for decades, even though the twin-accidents, and that he’d never met anyone in management from the airline.

We conversed over a drink for a few minutes and I left him to go find the next lucky chocolate recipient. On the way out of the lounge, I asked the lounge manager to ask the gentleman if he’d like to be escorted to the plane and be first to board the flight.

These powerful emotional moments I can best describe as – Yugen.

Yugen is defined as “The subtle and the profound”.

“Yugen is at the core of the appreciation of beauty and art in Japan. It values the power to evoke, rather than the ability to state directly. The principle of Yugen shows that real beauty exists when, through its suggestiveness, only a few words, or few brush strokes, can suggest what has not been said or shown, and hence awaken many inner thoughts and feelings.”

We’ve all experienced these somewhat magical Yugen moments. It’s the…

In fact all businesses have the ability to create these magical yugen type moments for customers.

From my experience – yugen creates a ‘lock-in effect’, where the emotional connection is so strong, so powerful, so magical – that it transcends future logical decisions related to the brand.

So while the science of loyalty charts the course for the business journey, the art of loyalty is akin to minor course adjustments along that journey to get a glimpse of the sunset, the shooting stars, the mountain peaks and deep valleys.

Without the minor course adjustments the trip is uneventful, and without the course planning, there is no journey.  This is why the science and the art of loyalty must work hand-in-hand to create – the magic of loyalty.

The Magic of Loyalty is available in a narrated version by the author.