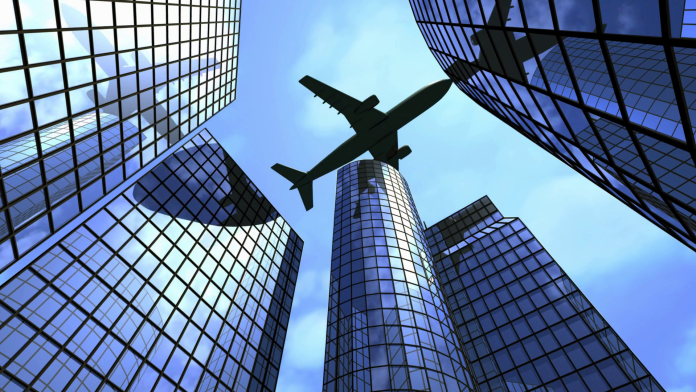 The airline industry is on its knees and at the mercy of Governments, Shareholders and cashed-up billionaire investors who’ve always wanted to be millionaires.

With limited signs of recovery, and an 18-month outlook that looks at best, dire – many airlines will simply run out of cash and round upon the heap with the likes of Pan AM, Viva Macau and Ansett Australia.

For decades and decades, many airlines have been ignorant to the rest of the world, and blindly striving to ‘become a better airline’, pouring more good money after bad into new aircraft, better onboard products, new crew uniforms and share buy-backs.

While I admire airline investors and management teams for striving to be the best airline in the world – for 99% of airlines, this pipe dream is impossible.

“The business of being an airline is dead”

Aside from a small group of operationally astute airlines that also have great brands, decades of consistent and robust leadership toward creating consistent travelling experiences — the vast majority of airlines today are, irrelevant.

Irrelevant airlines are those who have not found their place in the world, are not sustainable businesses, and will continue to face bankruptcy after bankruptcy, because they’ve not figured out what type of business they want to be when they grow-up.

My view is that the sooner these irrelevant airlines close down – the faster the airline industry can consolidate, move on, and focus on delivering sustainable businesses that serve the people of the world — instead of small groups of people/Governments pillaging airlines, at the expense of the people – to benefit their own agenda.

With that in mind – what type of airlines will survive in the future?  What do future airline business models look like?  How will airlines compete for customers in new ways instead of selling seats?

There are five primary categories of airlines in the future:

The key for airlines to be sustainable businesses is to transform the business and have the primary business focus on one category which they will thrive within.  Airlines that can grow and display relevance in two groups will tower above all other players in the market.

Airlines with more than 50% ownership by Governments reside in this category.

The category is broken down into two types of Nationalised Airlines.

Nationalised Airlines Type A – Pseudo Marketing Arm for the Country

These airlines don’t necessarily need to run at a profit, and the measurements whereby the airline is judged won’t be on financials, but rather a balanced scorecard that takes into account the economic impact of luring in businesses and tourists.

Garuda Indonesia President, Irfan Setiaputra commented that “If a Parisian, a Frenchman spends US$10,000 on his vacation in Bali, there is no problem if Garuda loses $500 per passenger because we can get $10,500 in this country”.

These airlines will eventually stop reporting ‘airline’ P&L, and instead, focus on the totality of actual economic production that inbound travellers bring to the country.

Airlines that thrive in this category are those who go ‘all out’ to fully embrace the brand of the country and create an immersive experience in the brand throughout the entire customer experience journey.

These airlines will continue to run as they always have with no need to generate profits. Employees will remain with the airline for life if they choose, and the justification the Government will use to fund the airline business continually will be ‘to keep people employed’, or ‘to maintain sovereign independence’, or purely for ego purposes.  While these airlines are irrelevant – they won’t go away, because of unlimited Government funding keeping the business afloat.

Some countries are protective of their flagship carrier, and these protections often extent to favourable agreements on key routes where there is money to be made by establishing joint-ventures.

Airlines that will prosper in from pseudo-Government protection include those with:

Airlines in this category may or may not be Government-owned.

Qantas enjoys ‘National Carrier Status’, and with that comes increased Government influence which may translate into favourable outcomes that benefit the airline.

With close ongoing Government support, airlines in this category can continue to be ‘a little bit of everything – but not great anything’.

These are the worlds most reliable airlines with long track records of operational excellence and excellent at being ‘an airline.

Becoming a world-leading airline takes time, money, relentless commitment, and strong visionary leadership over sustained periods. It’s the club every airline wants to be in, but very few can ever achieve and maintain over time.

The world only has space for a handful of amazing international airlines, because, if every airline were operationally excellent – there would be a newer, higher standard of excellence which this category would replace.

Airlines in this category know their target market, their customers, have a product that exceeds expectation for that market, are consistently reliable in their brand messaging. Most importantly – they don’t take shit from anyone.  These airlines are in a league of their own.

Examples of airlines in this category:  Singapore Airlines, Delta, Emirates

Imagine an ‘airline’ board where the majority are from technology and marketing backgrounds.  The board and even senior management teams may not require any airline operational representation.  These companies are not airlines — they’re marketing companies.

No more will management at the company talks about RASK, fuel prices or the 8% weight saving on the latest Airbus.  These marketing companies make money from the brand, from the member experience [online & on the ground], from data intelligence, from advertising, and revenue streams that ‘traditional airlines’ can’t begin to understand.

Leading the field of marketing company types are those with strong loyalty propositions.

Loyalty programs are already worth more than the airline company itself.

My view is that Airline Loyalty is a C-Level Role, and needs immediate representation on the board of directors at most airlines.

Luc Bondar recently shared that the United Airlines MileagePlus capital raising for the airline of US $5B is the largest capital raising (outside of IPO) of any airline in history.

In a recent interview with AnnexCloud, I spoke with Al on how airline loyalty programs can have such high valuations. Watch the full interview here.

Spoiler:  Airlines market cap typically runs at 4-5x PE ratio, meaning the airline is only worth up to 5x earnings.  Marketing and technology companies can run up to 20x PE ratio and therefore are more valuable, can attract more investment, have access to more capital and can grow faster.

The fifth category of airlines in the future is a large group of airlines that will be irrelevant on the world stage, or ultimately cease to exist.

These airlines provide little value that can’t be replicated by one of the more significant, more operationally sound or ‘airlines’ which serve a higher purpose other than carting people around the world.

If I were brutally honest – if these airlines ceased operations tomorrow, there would be another cookie-cutter airline that could step in an immediate service like nothing ever happened.

The reason airlines are in the irrelevant basket is because they don’t dominate other categories.  They’re a bit of everything, and masters of nothing.

Example of Airlines in this category: Etihad, KLM, JetBlue, TAP, Virgin Atlantic + many others.

Current world events are assisting in speeding up the process of bankrupting irrelevant airlines.  It’s separating the good from the bad—the relevant from the irrelevant.

To survive in the future, aviation investors, boards and management teams must truly transform and reinvent themselves quickly to remain relevant and profitable in a highly competitive landscape.

Transforming the ‘airline’ so that it can dominate one of the four sustainable categories should be of the utmost importance.  For investors considering starting a new airline – focus on one of these categories.  What worked yesterday in the commercial aviation world will no longer serve the new future.

But instead, transformation mandates a seismic shift in culture and attitude from the top down.

Be an e-commerce company that has a side airline division.
Be the loyalty marketing company which taps into the airline operation.
Be a Government marketing arm for the country, which operates an airline to ferry passengers to and from the country.

But for GOODNESS SAKE – don’t be “AN AIRLINE”.

The future of commercial air travel is not in the airline business – but in the more lucrative opportunity that leverages flying people around the world.