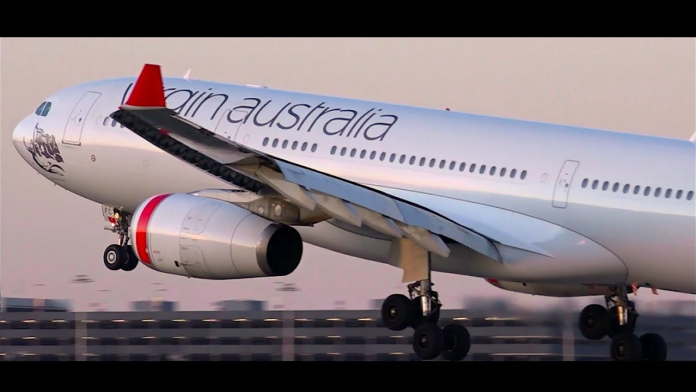 Did Velocity really double in value over 5 years and is it worth AUD $2bn?

Virgin Australia announced its intention to buy back its 35% stake in Velocity for AUD $700M. Read the full ASX release here.

In 2014, Virgin Australia Holdings Limited (VHA) sold a 35% stake in Velocity to Affinity Partners for $336M, valuing the business at close to $1B.

Fast-forward to 2019, and in what might be a world first – the airline wants to take back it’s the share of the loyalty business.  Or does it…?

What drivers are behind the move to buy back the shares?

The growth numbers seen over the five year period are phenomenal [for an airline], and to understand the underlying metrics in growth, we need to first look at the business drivers for Velocity.

Note, that internal metrics of airline loyalty programs are different from those in financial reporting.  Share of Wallet and other important metrics are used by most airline programs as part of everyday tracking.

Velocity sale of points to partners over the last five year period is as follows: 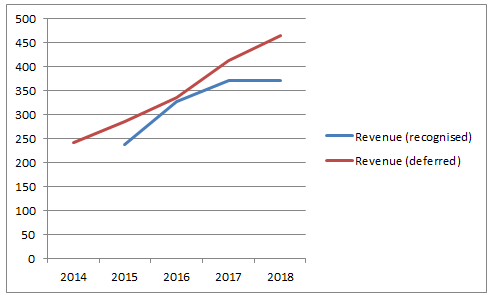 Over the 2014-2019 time period, the sale of points has grown as is evident by the jump in deferred revenue. New membership numbers continue to trend upward to feed new customers into the program, which underpins deferred revenue growth. Do these numbers support a $2bn valuation?

The average (recognised) value per Velocity member is the lowest since 2015, at AUD $41 per member, per year. 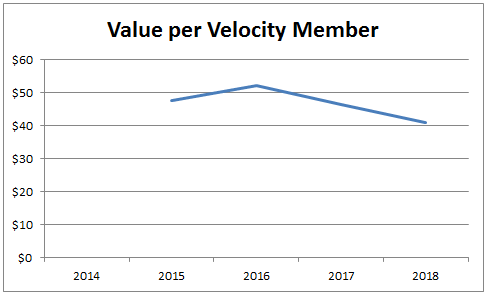 In the years 2017 and 2018 as per *asterisk above these include inter-segment revenue (ie. with the main airline business of Virgin) of $66m and $55m reducing these to 2017 of $305m and 2018 of $317m.  The real numbers then show a decline or no growth in revenue. Unearned revenue still grew to double in the period however this all goes to future points value and is profit when the points get redeemed. 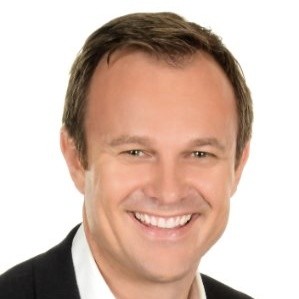 It’s interesting to note that Affinity has received $140m of their $335m investment back already in profit distributions (2019 not available yet).  I spoke with Loyalty Finance expert, Stuart Dinnis who pointed me to the Airline Financial Statements indicating that these profit distributions were tax-effective due to the Airline’s continued losses and “TCG” (Tax Consolidated Group) which includes Velocity.  Does this then boost the valuation by 30%?

The deal value of $700M will value the Velocity loyalty program at $2bn which is higher than the entire VHA group itself.  On the Australian Stock Exchange ‘VAH’ stock code today has a market cap of $1.4bn.

What could VHA gain from overpricing the 35% share in Velocity?

Loyalty Finance expert, Stuart Dinnis noted that “It seems that VAH doesn’t have the cash or funding structure to buyback at this point, so maybe its Affinity setting the buyback and valuation and not VA”.

Ultimately the buy-back from Virgin Australia sends strong signals to the market, the aviation business and other airline loyalty programs.

But the most burning question on my mind is…

Does the buy-back signal the beginning of re-privatizing Virgin Australia?