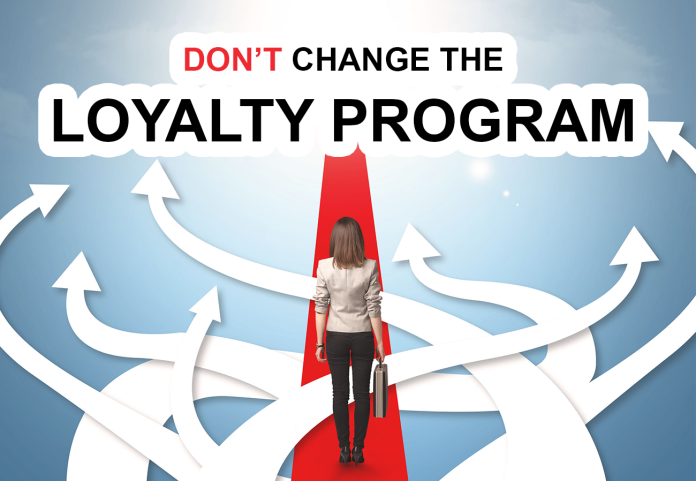 Before we get to the nitty-gritty of frequent flyer programs logic, consider the following scenarios:

After buying that ticket, you meticulously spend 15-minutes scouring through the aircraft seat map to ensure you have the best possible seat allocation.

Queuing at the airport check-in desk that has an unusually long line, realising that every passing minute is less champagne you can enjoy in the lounge.

Queuing up at boarding behind 200 other passengers because the priority boarding lane doesn’t exist.

The heart-sinking feeling as you receive a Gold card in the mail, and realise your old Platinum card is no longer valid.

Sitting next to a crying infant on a 12-hour flight in a middle seat in economy class at the back of the plane because the airline had swapped aircraft and your pre-assigned exit row seat no longer existed on the new aircrafts seat map.

Sending multiple emails to the airline to get miles credited to your account, because the airline thinks you didn’t board the flight.

Being denied entry to the airline lounge, and inevitably having the walk of shame past other passengers who have lined up behind you to enter the lounge.

Showing check-in staff the benefits of your Diamond status because they don’t want to put a Priority tag on your bag.

These occurrences are common for the most valuable frequent flyers of airlines.

And yet, the least valuable passengers for airlines don’t experience these problems.

American Airlines lowered revenue guidance in 2017 by $20M due to lower than expected co-brand uptake. That was a direct result of FFP changes according to a report by David Feldman.

South African Airways is bankrupt – one of the first premium carriers to change to revenue based earn and burn.

Malaysia Airlines changed to full revenue based in 2017, and the Malaysian Government is considering closing down the airline.

Cathay Pacific changed earning to their Marco Polo loyalty, had a problem with elite member churn and then recorded major losses.

Why do airlines make these types of decisions, and why do airlines put up roadblocks which appear designed to antagonize loyal customers?

The sobering conclusion I’ve come to is that the majority of airline employees have never been a frequent flyer in their life.

Additionally, most airline employees have never even purchased a full-fare business or first class ticket.

We can’t blame airline employees for these shortcomings though.

Consider what the typical airline employee goes through when booking a ticket and taking the flight.

1. Log onto an easy to use staff portal, pick exact flight they want (all flights are the same price). Press confirm, done.
2. All flights are the same price, with discounted prices up to 100% off.
3. Employee turns up to the airport at a staff check-in counter that has a very short queue.
4. Boarding passes can often be issued last minute, meaning the employee has no time to use airport facilities, airline lounges, or see the horrendously long lines waiting to board the aircraft.
5. On the aircraft, employees will either be treated exceptionally well by other airline crew or receive de-prioritization and receive their meals last.

Most airline staff don’t earn miles and the majority of airlines don’t allow employees to enjoy the benefits of the loyalty program.

This scenario is almost the exact opposite experience that a high-value loyalty member would go through, and further highlights the disconnect between the experience of staff travel and the expectations of premium airline passengers.

The Airline and Passenger Disconnect

This leads to a common occurrence — where the frequent flyers know ticketing rules, loyalty benefits and airline access policies better than the airline staff (whose job it is to know this stuff).

How could airlines better close the gap?

Airline employees who have been frequent flyers themselves have a deeper understanding than their peers.

There’s no certification or University degree in airline loyalty, but the closest thing which comes to it is being a frequent flyer.

Why does the airline industry need more staff who have frequent flyer experience?

You’re probably thinking, hey, why does my finance manager need this type of experience? How would it help my marketing team?

My experience over the past 20 years is that loyalty programs are almost always devalued for the members.  Some programs have made massive improvements, such as the Virgin Australia Velocity program relaunch in 2011.

When the airline staff are more invested in the program, when they’re feeling the pain on a regular basis – they’re more likely to take action.

Mark Zuckerburg famously forced Facebook employees to use the Android App – because it was so bad. Outcome? The Android app is now superior to the Apple version. Considering most of the world use Android phones – this was a positive move for the majority of Facebook users.

By requiring all senior management in the airline to have frequent flyer experience, it unlocks a new potential within each individual to think more broadly. This creative expansion can help in contract negotiations, partner meetings, marketing discussions and in board presentations.

Instead of living inside the airline bubble – when the decision making process is happening, a piece of the employees logic will be “but wait, what if ……..”, and undoubtedly, the outcomes will be better than if employees did not have frequent flyer experience.

Frequent flyers have been crying out for years about these issues.

Maybe once airlines get onboard with taking loyalty more seriously, we will begin to see frequent flyer programs that begin to add value back to the members while increasing profitability at the same time.

I’ve been there and done it. It’s possible to improve frequent flyer programs AND add genuine value to frequent flyers at the same time.