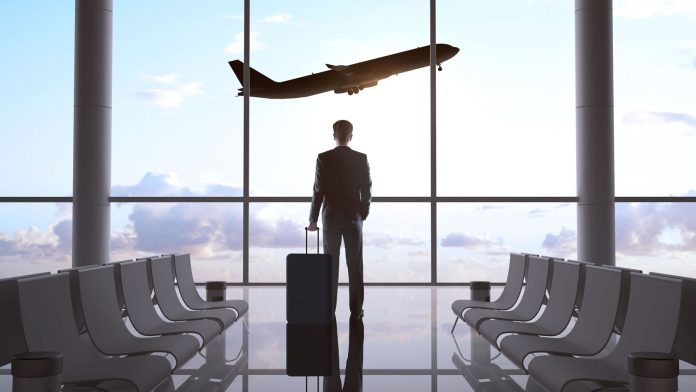 Over the past two years –  airlines, hotels and travel companies extended complimentary status for elites because, Covid.

These elite status extensions were mainly justified under the premise of ‘goodwill’ – the idea that elites couldn’t requalify for status based on the published program criteria through no fault of their own.

Often due to their employer not allowing travel, Government-mandated quarantines, testing regimes or otherwise punitive measures that stripped much of the fun out of travel as we knew it in 2019.

Towards the mid of 2020, most travel loyalty programs saw numbers that frankly were terrifying – almost all elites would not requalify on merit. The brutal reality faced by loyalty managers was waves of elites asking for waivers on qualification, which sparked a domino effect of airlines and hotels announcing status extensions across the board.

After all, it’s better to keep the elite on ice rather than lose their business entirely, right?

At the time in mid-2020 – I published an article titled “Should Airlines & Hotels extension status in times of crisis?” The report was based on learnings from other airlines throughout history that had extended status for free in extenuating circumstances. The takeaway from those lessons is that extending status for free resulted in short term sugar highs by members, management, and travel media – at the cost of long term profitability hit from that same member base.

Fundamentally, elites stopped valuing status the same way they used to once it was given to them for free over multiple years.

As we approach the end of 2021 – the major airlines and hotels have extended status through the end of 2022 and into 2023 for elites. Air Canada & Westjet were early out of the gate – announcing complimentary extensions earlier in the year, with Delta the first of the US-3 to announce elite status extensions in July.

Since then, we’ve seen both airlines and hotels announce status extensions later in 2021 than they did in 2020. The reason for this is simple – loyalty programs don’t want to extend status for free.

This is why we’ve seen most, if not all airlines, come out with ultra generous promotions to make it super easy to requalify for elite status on merit.  Lowered tier qualifications, tier-earning multipliers, co-brand card spend counting towards status and flight accelerator bonuses.

The concept behind the generous promotions is — get elites doing SOMETHING— ANYTHING — some loyalty behaviour that shows a genuine interest in keeping elite status.

If elites are unwilling to engage with the program without needing to jump on a plane, if they’re not earning points from credit cards or third parties – does that elite have the ability to be a high-value customer anymore? Does that elite even care about the loyalty program or their status to the degree they’re willing to take simple actions to retain it?

Why are elite statuses being extended if loyalty managers don’t want to extend them?

Three main drivers are behind complimentary status extensions are:

Active elite status members are the largest group of loyalty members who hold co-brand credit cards. They’re the most valuable group of customers the airline/hotel has. These customers and the revenues derived from their credit card spend – underpins the billion-dollar valuations of travel loyalty programs.

For many airlines – extending elite status is less about “you have been loyal to us over the years, so we are being loyal to you by providing a status extension”, and more about “please don’t cancel your co-brand credit card — here’s another year of status”.

Think about it – why else would Delta Air Lines, who makes billions each year from their American Express relationship, extend elite status halfway through the year before any large carrier?  With such an early status extension, Delta wrote off the remainder of 2022 and much of 2023, whereby no elites are incentivized to do any air travel for elite status purposes.

Is the value of Delta’s co-brand credit card and the high-margin cash flow from it worth so much that it’s worth foregoing 12-18 months of elites spending money on flying? Probably!

When is the right time to end the free elite status gravy train for loyalty members?

We know that long-term elite status extensions don’t drive people back into the skies or back into hotel beds. If it did – airfares would be sky high worldwide, and demand would be off the charts.

In countries where travel is possible (USA/Mexico, Middle East and much of Europe), it may be time to face reality – members who have not been able to requalify for elite status after two years of generous status offers are no longer the frequent flyers of today.

They’re no longer on the most valuable customer lists. Their engagement behaviour (not earning) represents a shift from the ‘old elites’ to the ‘new elites’ (those who ARE demonstrating the proper loyalty behaviour by engaging with the program and flying).

Naturally, this logic only applies to countries where restrictions on travel mean that everyone can fly if they want to jump on an aeroplane.

However, for loyalty programs with large groups of elites in countries where travel is possible and co-brand economics are not the primary consideration, the time to end the free status gravy train is today.

What should loyalty programs do?

There’s no right or wrong answer, aside from the apparent facts.

There comes a time when loyalty program owners must make difficult decisions.

Rip off the bandaid now and end the free status for life bandwagon so you can focus on new opportunities.

For many brands, trying to hold on to the elite revenue of 2019 may be doing more long term damage than the perceived upside of unlimited free status renewals.

The world is different today than it was in 2019 – and it’s the new thinking, new ideas, new products, and new approach to Loyalty is that will fuel revenue and growth of loyalty programs into 2022 and beyond.

Mark Ross-Smith
According to a recent SEC filing, American Airlines AAdvantage generated $1B cash in Q2 2022, representing a 73% gross margin for the loyalty business. American...