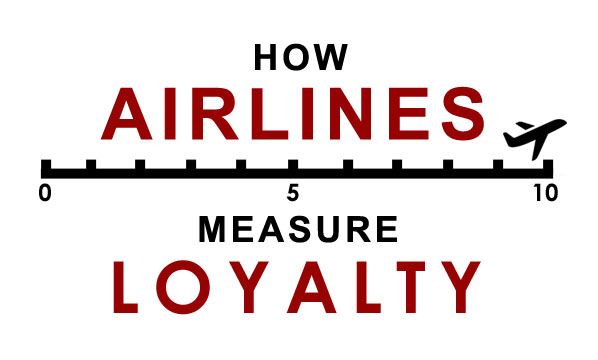 For years, the airline loyalty industry has been debating over what the definition of a high-value customer is. One that spends big on airline tickets or one that filters millions of credit card miles through the banks?

Recently at the Loyalty Event in San Diego, Mike Hecht from Delta noted that they don’t mind whether their customers are loyal due to credit card spend, or due to bum-in-seat flying – either way, they’re being loyal and should be rewarded with status.

This is a slightly different approach to JetBlue, who want their customers to be loyal both by flying and by engaging with co-brand products, according to Whitnee Hawthorne, Manager of TrueBlue Partnerships.

They’re both right, but the industry secret they’re not letting on to is that there are many more than 2 methods which customers are being graded and tracked by.

There is no one single metric in which to value a customer. It’s actually a balanced scorecard with inputs from all areas of the greater business. Here, I’ll share the data insights and analytics used around customer intelligence and information used to understand how loyalty to frequent flyer programs and airlines is truly measured – with high accuracy.

Loyalty professional David Feldman talks about how ‘Airlines are now investing what seems to be the GDP of several nations in mining Big Data’. This couldn’t be more accurate, especially as airlines race to find the next big thing inside their data sets. The magical formulas that will transform revenues into record profits increase yields, and ultimately foster a new wave of loyalty.

This all starts with understanding the customer and their current and potential impact on each area of the overall business.

Major global airlines also track your overall loyalty based on many factors, with each determining product holding a ‘weighting’. For example, if you book a first class flight, it’s clearly worth more as a weighted item than crediting your $100 Hertz rental points to the frequent flyer program. But if you’re sending 1,000,000’s of points from Hertz to your FF account – it’s possible you are more valuable to the program than a mid-tier status member.

Each time you, your friends or anyone in your sphere of influence interacts with the FFP, your internal score on how important to the airline can go up and down based on thousands and thousands of factors beyond what you think may be normal.

In fact, just because you’re a top status frequent flyer with the airline does not mean you’re the most important customer in their database. The membership card and status you receive from the airline is generally considered what the customer side of the loyalty equation looks like. This is what customers receive and with the status, it has associated benefits that are standard.

On the FFP side, your loyalty value is more complex, and while you’re seen as a Gold, Platinum etc. – your true ‘status’ within the FFP is based on your influence, contribution and future potential value. For example, let’s say you fly a few times/year in economy – but you just won $10M in the lottery. Some airlines will be tracking this type of activity right now (yes, it happens) and your ‘future potential’ value sky-rockets as you are likely to be blowing some winnings on a ticket somewhere you’ve always wanted to visit. Your value to the airline, for a short time – can be higher than your best friend who is Platinum status and regularly does 50 flights a year. If you were both on the same flight, it’s very possible that you would receive an upgrade over them – despite your friend appearing to have higher status. 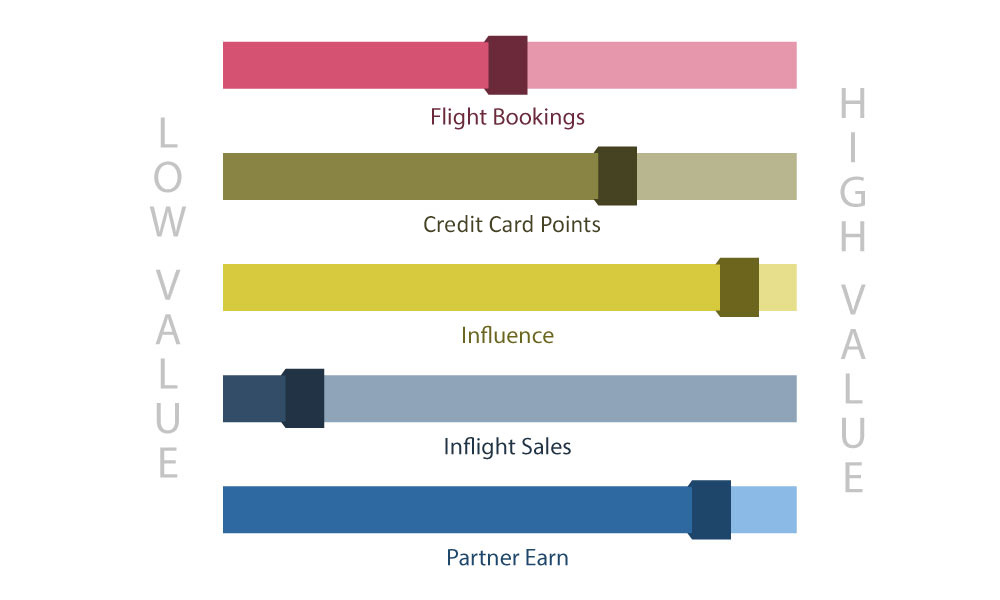 Aside from the usual metrics such as cost of flight; cabin, destination and how you purchased the flight (Through an agent? In what country did you purchase the fare? Direct with the airline?) Here are a few methods some frequent flyer programs are using to track your overall loyalty and value to the company.

These are only a small number of simple data metrics and analytical insights that frequent flyer programs use to identify and track loyalty now and predict your value into the future. The actual data models running behind the scenes are complex, yet incredibly powerful when used as part of a larger strategy.

When combined as part of the big picture, not only can FFPs increase your loyalty through gaming mechanics, but using the power of data they can make you pay more for flights without you even knowing it.