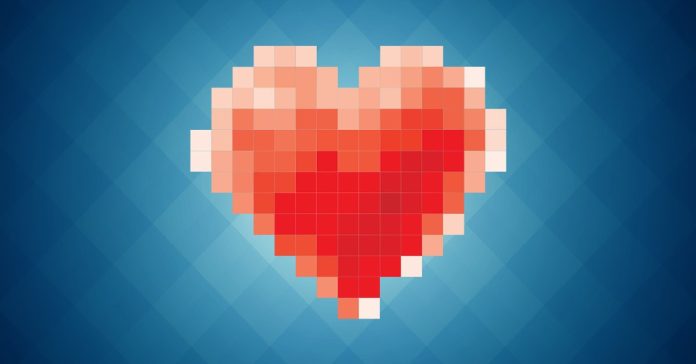 Airline feedback is broken. Everyone knows it, but nobody will admit it.

Customer feedback surveys with static questions that demonstrate the airline has no idea what the customer experience should be.

Very few airline employees have ever held elite status in their career – and that creates a significant disconnect between airline management and loyal passengers.

Endless focus groups and panels, where the people who show up do so because they’re compensated for attending.

NPS has passed its expiry date, and yet airlines still rate themselves on metrics that don’t serve their passengers.

I want to introduce a new metric.

Consider how passenger feedback might change if the overused NPS “based on your recent experience, how likely are you to recommend blah airlines?” to be instead: “How much Joy did blah airlines bring to your life today?”

It forces the passenger to think.

See, airlines have spent the better part of 50+ years to position their brands not be “AN AIRLINE”.

Instead, airlines focus on selling themselves as experiences, destinations, connectivity and rewards. Other airlines sell price. Some sell freedom.

How many airlines talk about their fleet of Airbus or Boeing aircraft? Every major global airline has a mix of one or both of aircraft from these manufacturers. The metal tube you fly in is almost identical no matter which airline you fly!

Food is mostly the same too. IFE, inflight connectivity, seating, the sounds of the engines, the boarding process, the safety announcements, the headphones, the cabin crew — everything is almost the same on every major commercial airline.

Sure there are airlines with great food and others with mediocre food – but the boundaries which catering operate within remains largely the same for every carrier. Some airlines have amazing cabin crew, and other airlines could improve – but it’s still mostly the same.

For the past, forever years, the airline industry has been operating mostly the same way. We fly in planes today which are from 1950s designs. Seats — for the most part — have not seen massive product improvements that other industries have seen their product lineups over the years.

In other words – airline brands have been trying to couple the emotional connection of [insert destination/cabin crew/ife/new seats/faster wifi/loyalty program], with flying with their brand.

That is why airlines are obsessed with deliberately positioning their brands as something OTHER than an airline. The only way to ‘win the – we are an airline game’ is through price. Hence why low-cost airlines all over the world continue to grow and remain profitable. I published an article earlier on how full-service premium carriers are expediting their losses by intentionally destroying their loyalty programs – and the effect that has on low-cost airlines – you can read it here: The Billion Dollar Risk Airlines take by not taking their loyalty programs seriously.

With that in mind – it’s not difficult to understand why airline loyalty programs are massively successful.  Even when removing the miles sales to banks — airline loyalty programs deliver tremendous value back to the airline – through the sale of incremental ticket sales that otherwise would never exist without the loyalty program being as attractive as it currently is — to passengers who are buying entirely on an emotional level.

Joy and Love are the single best feelings we can experience – they are the highest levels of emotional state we can feel as human beings.  The more we feel love and joy, the better we feel.

The better we feel – the more likely we are to interact with that experience/brand/item/person in the future.

Joy / Love As An Airline Metric

To understand the passenger psychology behind the Joy Metric – first, we need to know how the human brain processes emotions, and the hierarchy in which emotions can cancel out other emotions.

Consider the billions of women throughout human history that have given birth to more than one child.

What on earth motivates them to want to endure all those weeks and months of feeling icky, continually needing to use the restroom, and finally – the overwhelming pain their bodies experience of the childbirth experience. Then the recovery period after birth. Many weeks…months…years… of sleepless nights that follow.

It’s because the uncomfortable moments the woman endures during the pregnancy, during childbirth, and when the child needs constant attention — while frustrating as hell: pales in comparison, to the joy which comes from seeing the babies eyes staring back into yours. That moment of joy immediately dwarfs months and months of prior pain leading up to that moment.

To illustrate the power of the ‘joy moment’ – consider how mothers would answer the same question in the following scenario.

“Based on your experience with childbirth today, would you have another baby?”

Today — was one of the worst flights in history.

Worst flight in the history every of flying. Everything went wrong!

You were late to the airport and got offloaded.
You paid through the nose to get rebooked on the next flight because you needed to be in Dallas for the 10 am meeting.
You were downgraded from First Class to Coach involuntarily.
You went through secondary screening.
You were pulled aside by the TSA, and they questioned you about your life history.
You were last to board the aircraft, and there is no overhead locker space – cabin crew force you to gate check your bag.
The bag which has a laptop inside and you were too annoyed at the day being wrong that you forget to take your computer out, and it’s damaged on arrival.
Your seat is wet from a passenger on the previous flight peeing their seat.

You get the idea — this is the WORST flight imaginable.

But after you eventually arrive into Dallas.. you go to that meeting.. you nail the presentation.

You fly back home that evening – uneventful flight.

As you get into an Uber to go back home.. you receive an email .. “Mark – we loved your presentation, and our board wants to make a $10B offer to buy your start-up”.

In the blink of an eye – your day has switched from – disastrous – with feelings of anger, sadness and frustration – and in an instant – flipped 180 degrees, and is now one of the most satisfying, delightful, joyous days of your life.

The memories of the early morning flight fall away like they never existed just like the billions of new mothers throughout human history who have forgotten about the intense pain of childbirth after gazing into their child’s eyes for the first time.

The only thing you can now think about is how great you were in the presentation, how proud of your team, your company.. you are, and how all these years of putting in the hard yards are going to pay off.

“Greetings from blah Airlines! How much Joy did you experience today?”

Suddenly — the airline isn’t asking for feedback or ratings on the flight.
The airline already knows it messed the flights up. The airline had numerous delays. It messed up seat assignments. Under-catered for flights.

The airline knows this and should already be pro-actively following up and providing reasonable consideration to the affected passengers.

But airline marketing has never been about “being an airline”.

Airline marketing is all about experiences and emotions and connecting the world.

Feedback from passengers should be more aligned with the brand messaging which airlines put out into the world.

How did you feel after the entire experience with our airline?

How much joy did you experience today?

These questions would ultimately serve many airlines more effectively — especially the airlines which focus on customer value instead of competing on price.