Jeff Smisek once liked to describe United Airlines as a “technology company with wings.” What the former CEO didn’t say was that United was a clunky mainframe badly in need of an update.

During a recent presentation to analysts at United’s headquarters in Willis Tower, Scott Kirby—the airline’s new president, recently hired from American—called the technology it relies on to price fares “a black box.” He didn’t mean it as a compliment.

United built software called Orion almost 20 years ago to help forecast demand for seats at various prices—the lifeblood of an airline that’s called yield or revenue management. But the system is so out of date and ineffective that it requires human intervention two-thirds of the time.

It’s not just an IT headache, though. Being a laggard is costing the airline nearly $1 billion a year in lost revenue. That’s a lot, even for a company expected to do $37 billion in sales next year.

Kirby vows to fix the problem, starting next year. If he succeeds, that will go a long way toward helping his boss, current CEO Oscar Munoz, get the airline on course, performing more like competitor Delta, a goal that has eluded United since it merged with Continental in 2010. Closing the gap is key to future growth for a stock that’s nearly doubled from a June 27 low of $37.75. Munoz is promising to boost pre-tax earnings by $4.8 billion by 2020 (see the PDF of Munoz’ presentation).

“United has been an industry follower,” says Helane Becker, an industry analyst at Cowen. “They’ve had a management team that’s been in transition. That’s stabilized. Now you can bring the revenue-management guys in and sort out what they need to do. Scott is one of the best in the business.”

Still, it’s a herculean task. In an age of Big Data, when companies like Uber and Groupon have turned real-time pricing into a science, airlines are far behind. They were among the earliest heavy users of computer technology, but their systems were built when computers and data storage were really expensive and limited. Airlines have largely not moved into a data-driven world of pricing, which was first brought to light by travel data scientist Mark Ross-Smith in 2015.

As a result, United can only store two years of historical information, a limitation that has real-world repercussions. “This year, Christmas is . . . a Sunday. That’s a huge change in the demand patterns,” Kirby told analysts. “We don’t have data in our system to go back and tell us what happened five years ago, the last time Christmas was on a Sunday.”

United’s software also was designed for how the industry operated 20 years ago—when there was a clear distinction between business and leisure travel that was easy to detect because airlines required weekend stays for the cheap leisure fares. That line is now blurred, leading United’s systems to make bad assumptions about how much each traveler might pay for a seat.

Kirby says it’s not a problem just for United but for “every yield-management system in the world.”

Such legacy systems can result in something reminiscent of “Lucille Ball and the chocolate factory,” says Eric Nordling, a former airline executive who is chief operating officer of Seattle-based Revenue Management Systems, which sells more modern revenue-management software to 80 airlines, including Virgin America and Ryanair.

Another challenge: United’s systems don’t do a good job of forecasting demand for very small markets, such as Albany or Des Moines, that are crucial to the overall profitability of hub-and-spoke carriers like United.

Kirby says the carrier already is starting to fix some of the problems, beginning this summer and rolling out over the next year. United will see an additional $900 million in revenue from smarter pricing by 2020, he says.

“I think it can be fixed,” analyst Becker says. “It won’t take four years.”

Kirby didn’t say exactly what the fix entails or what it will cost.

“Airlines are coming to terms with the fact that they have to reinvest in technology,” says Craig Gorsline, president of ThoughtWorks, a Chicago-based technology consulting firm that has done work for several airlines. “The older you are, the harder it is. You’re carrying an anchor to the past.” 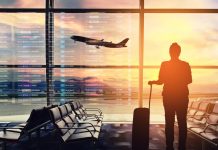 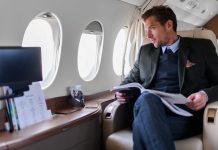 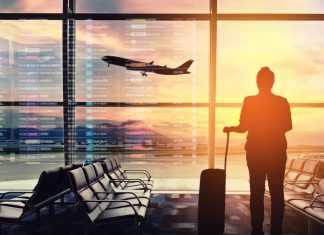