Recently, United Airlines MileagePlus announced that from November 15th, 2019, the program would be changing.

The program will be moving away from fixed Saver and Everyday fixed miles rates, and removing the award chart.

That means MileagePlus members will lose transparency on the number of miles required to book a flight – until the member does a real-time search.

What are United Airlines management thinking and what is the thought logic behind the changes?

What are the financial and non-financial outcomes for United Airlines?

Are there non-financial risks that United Airlines had to factor into the decision-making process?

Let’s get into it.

If you’re not familiar with the United Airlines MileagePlus program, check it out.

This analysis is broken down into three key areas.

Loyal frequent flyers tend to spend more than non-loyalty members, so any revenue loss from core FFP base will require additional marketing investment so the revenue gap is made-up by non-loyalty program members.

The risk of negative impact to United’s cobrand revenue growth is real – there is a sizeable risk that customers will no longer desire to collect the airline’s currency and will instead focus on other reward options such as cash-back cards or bank rewards programs.

This doesn’t mean that United will see a reduction in cobrand revenue – far from it. But the opportunity cost of a reduction in growth can be material.

In fact – American suffered this same fate as a result of its 2016 program devaluations, despite signing its much-heralded new co-brand agreements with Citi and Barclays (the higher-price-per-mile model which Scott Kirby now wants to realize from Chase at United).

American’s April 2017 SEC 8-K filing reveals that American had to lower its revenue guidance by $20 million, due to customers turning their backs on the AAdvantage mileage currency.

The new credit card deal with Citi & Barclays was forecast to generate an additional $350m year-over-year. This forecast has been downgraded to $330m.

This expected $20 million loss virtually wipes out the $24.3 million in estimated savings from recent program changes.

In the psychology of loyalty programs article, David talks about the importance of having a clear [redemption] goal in mind, so that loyalty members are able to strive towards their target.

In the absence of a target (eg: moving goalposts), the psychological effect that has on consumers is that of disengagement.

If Chase were smart- they would be negotiating a lower rate per mile for the increase in miles volume.

The associated other risks have the potential to hurt the marketing revenue as the margin on miles will decrease.

A pure risk vs reward analysis highlights a glaring truth. The downside risk from the program changes overshadows the potential upside.

To see how the changes play out for United Airlines will ultimately depend on three factors.

A key driver of these changes is the desire from management at United Airlines and American Airlines to copy Delta – in the hope that they will realize the revenue premium that Delta enjoys.

Delta also commands a revenue premium, not because of its SkyMiles program – but because it is regarded as running a superior airline operation. This, in turn, allows it to leverage additional revenue from its SkyMiles cobrand agreements.

In contrast – United Airlines and American Airlines need to rely on their FFPs to drive passenger behaviour and revenue as the underlying airline operations are inferior to Delta.

Messing with the FFP from a position of core airline weakness is seldom a smart strategy.

When airlines change their frequent flyer programs, it has a genuine behavioural impact on how passengers interact and spend with the airline.

These can be good or bad. For Cathay Pacific, changing their Marco Polo program cost $1B in enterprise value for the company.

It’s straightforward that – if the program is improved- people will become more engaged and fly more with that airline.

If the loyalty program changes to the detriment of members, then members will fly and spend less.

Where to from here?

With the above insights in mind, United will likely see short term [9-12months] revenue gains. Beyond the next 12 months will depend on the cards that American Airlines and Chase play next. 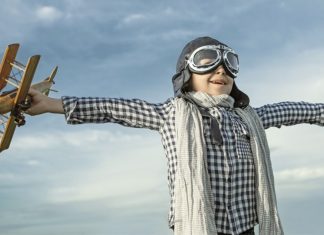 Mark Ross-Smith - September 14, 2020
0
Something is absent from airline marketing messages in 2020. Something that airlines have spent the better part of the last century branding customers with. That something...