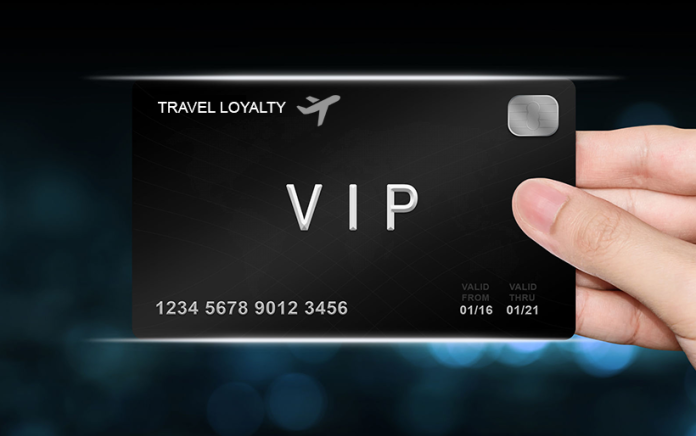 From both internal and public perception – new loyalty tiers are exciting!

They ooze optimism and are a sign of strength for the loyalty program.

In recent years seen a bunch of new airline loyalty tiers hit the market – including some realignments. Most notably, these include:

What are the financial and non-financial benefits?

How do you set the qualification criteria?

In part one of creating a new airline loyalty status tier, we’ll explore the underlying logic through the loyalty marketing lens.

Part two will dive into the thought methodology from both a loyalty member and loyalty program perspective.

Frequent flyer loyalty status tiers are excellent drivers of behavioural change, and that is generally the primary reason for creating a new status level.

Underneath the umbrella of behavioural changes is the foundation of loyalty program economical drivers and business-logic reasons why an airline would want to roll out the new tier.

There is no one single formula when designing a new status tier, although there are common themes in human behaviour which apply to most airline loyalty programs.

The approach from a program perspective:

Loyalty psychology as a behavioural driver

All successful loyalty programs (in both travel and non-travel) are explicitly engineered to change the behaviour of the member base to drive a particular type of engagement. The loyalty psychology of a program can have massive impacts on program revenues.

The desired output, or goal-in-mind approach to where the loyalty program wants members to act within, requires clearly defined boundaries and rules for which the member can do whatever they choose.  By engineering the program in a way where it’s highly desirable for members to play within the box,  the loyalty program can continually move that ‘sweet spot’ box and the members will modify their interaction with the brand to remain in that box.

The shift or increase in that member’s behavioural engagement with the loyalty program will create a new revenue delta in what that members predicted transactional trajectory would have looked like without any new tier (box), versus the new projection from that member/affected segment with the creation of a new tier.

The uplift (or decrease) in that member’s engagement/transaction/revenue can then be attributed to the introduction of the new loyalty status tier.

As the centre of gravity (sweet spot) of the program changes from around the mid-tier level (Gold in the example below), and shifts upwards after the introduction of a new top-status tier, the effect creates risk for the program with members who previously were in a sweet spot, and with the change in program dynamics, are no longer in that sweet spot.

What is the industry best practise in developing the qualification criteria for a new status tier?

In a recent interview with Australian Frequent Flyer, I speak about useful data feature points which an airline would consider when assessing where to set the qualification criteria for a new status tier.

However, taking a look at how other loyalty programs are tackling earning thresholds, they generally look like this:

Second-tier – Double the qualification of the first tier.

Third-tier – Double the qualification of the second tier

Forth-tier – Double the qualification of the third tier

This approach has served the loyalty industry for a long time.

However, when we assess actual airline accrual data and compare it to share of wallet data – there are often measurable differences in real member transactional behaviour and potential member behaviour.

The differences in the behaviour that airline members display, versus the transactional action in which they could achieve, are best understood by where the airline has created the loyalty tiers (loyalty boxes), and the members are serving their interests to remain in their sweet spot.

In order words – if the qualification criteria were adjusted to accommodate current and future trends, the program could deliver more value to members while increasing effectiveness and – ultimately – profitability.

The approach from a loyalty member perspective

Most sophisticated airline loyalty programs have segmented the member base into personas – which best describes the key emotional drivers of each member.

Some members are driven by feeling privileged when they fly, others like the feeling of privacy which airline lounges provide, some members want personal introductions from airline staff, and others need constant feedback from the airline to re-enforce how valuable they are as a customer.

Every member has their perspective on the program, and when introducing a new top tier, how the member takes the news, and their emotional investment (or lack of) in the program can and will be different based on their critical nervous driver.

Common themes from members who already hold top-tier elite status will be along the lines of:

Will my emotional state or affinity I have for the program/benefits/brand increase at a higher rate than the monetary investment I need to make to achieve the new tier?

Subconsciously, when met with a new top status tier introduction, members are met by a fork in the road on how they will interpret the new tier based on their circumstances.

For the loyalty program, the ideal member outcome is a simple measurement outcome.
More members need to align with wanting to achieve the status, than members who see the new threshold as too high that it creates disconnection.

Explained with the following formula:

Adding a new top-tier to a program comes with a lot of risks. The upside to the program can be significant, but often, the downside (revenue loss) can outweigh the upside.

Being able to execute human behavioural/human foraging propensity models which capture emotional and transactional data can be complicated, even for the most seasoned data scientists.

Interpreting the WHY behind these numbers is THE KEY to confidently structuring a new top status tier.

In part 2 of Creating a new airline loyalty status tier, I’ll explain how to calculate revenue uplift, lost revenue, and the data science logic in the background which can best predict the success of launching the new status tier.